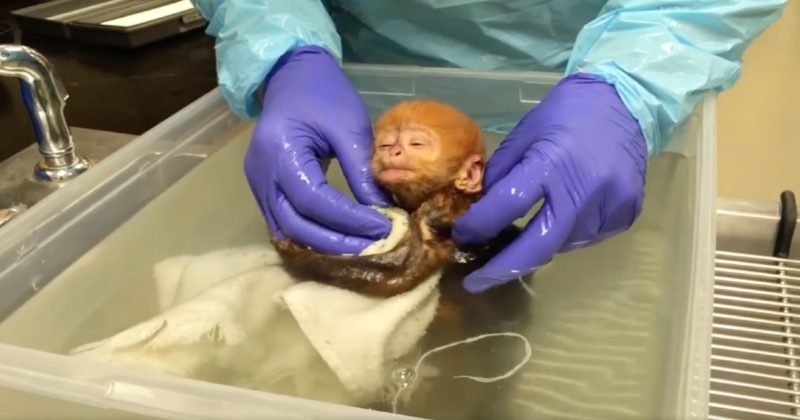 The same thing goes for animals and more so with endangered or extinct species. A newborn would mean that their line lives on as long as the child survives, stays healthy, mates, and gives birth once more. Easier said than done, right?

This is why zoos and other wildlife sanctuaries celebrate and bring utmost importance to the birth of any specie that’s dwindling in numbers.

Langurs are medium-sized primates who prefer to live in cliffs and caves of tropical and subtropical zones. The François langurs are known endangered species found in northeastern Vietnam and southwestern China.

According to the International Union for Conservation of Nature (IUCN) Red List, Fraçois langurs are decreasing in population. One of the biggest threats to their numbers is hunting. No wonder why the birth of one is very much celebrated.

The Philadelphia Zoo excitedly shared the good news when their François langurs gave birth. Mei-mei and Chester were proud first-time parents to baby Quý Báu, the Vietnamese for “precious. She was so tiny and precious indeed. 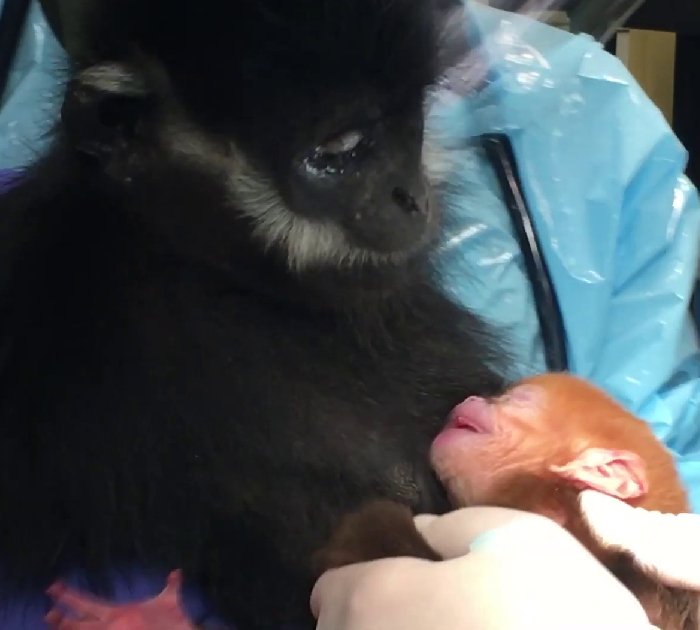 However, the zoo noticed that Mei-mei wasn’t too keen on attending to your little one. They said this was normal but could affect Quý Báu’s health.

Vet to the rescue

The veterinarians quickly acted on their predicament as they took Quý Báu to the hospital for a bath. They also gave her food to get the nutrients she needed as a baby.

The vet staff slowly introduced Quý Báu back to Mei-mei so they could form a maternal bond. They also slowly introduced her to Chester.The Association of Zoos and Aquariums created the Langur Species Survival Plan along with other organizations.

They are hoping to protect langurs and hopefully increase their population.

ANIMALS 0 24
. Sure, they have families too, they feed, and find shelter from the harsh

Proud gorilla mom shows off newbord and then gives it a kiss: Believe it or not, animals are way more similar to us humans than you think
ANIMALS 0 24

The 1-year-old encourages the little dog to climb the stairs, wonderful moments between them
ANIMALS 0 63