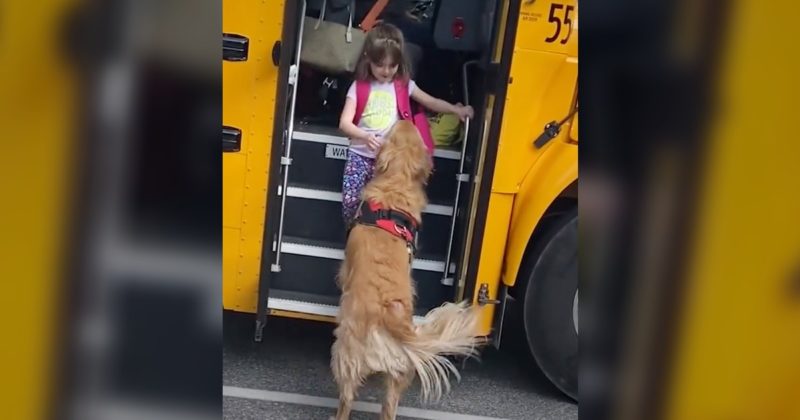 We train dogs to do different tricks.

The staples in our bag of tricks are sit, stand, lie down, stay, turn around, roll over, and play dead. It may not sound like much, but when our dogs can do these, we become super proud of them. We even show it off!

But there are things that dogs do that are truly extraordinary. They even have some antics they do on their own that would surprise us!

Kody is one of those dogs who had a remarkable gesture toward his best friend. 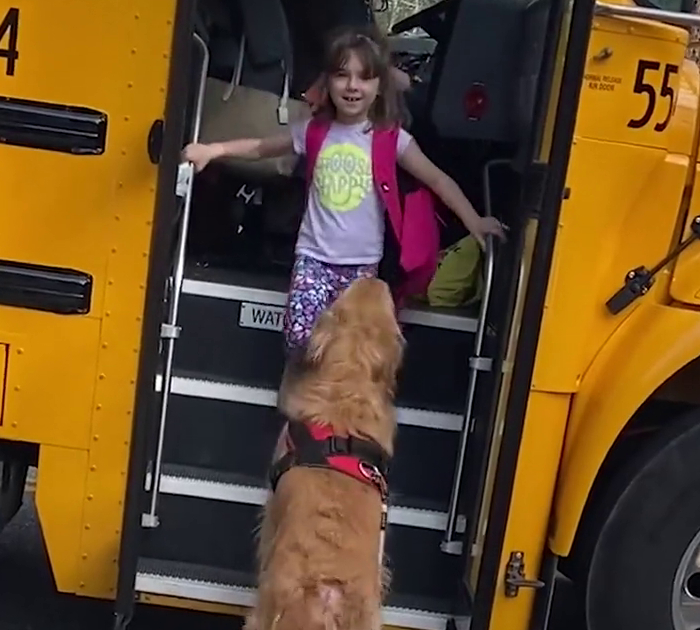 He came into Autumn’s life when he was still a puppy, and it was love at first sight. The two became best friends and were totally inseparable.

And whenever Autumn was away for a long time, Kody would drown her with snuggles whenever they met again.

Kody knew that she was his hooman forever, no matter how old they both got. He proved that especially when she started going to school. Autumn’s grandma, Kelly, shared how this lovable dog showed his love and dedication to his best friend.

And he showed that in a simple gesture as waiting for her school bus. 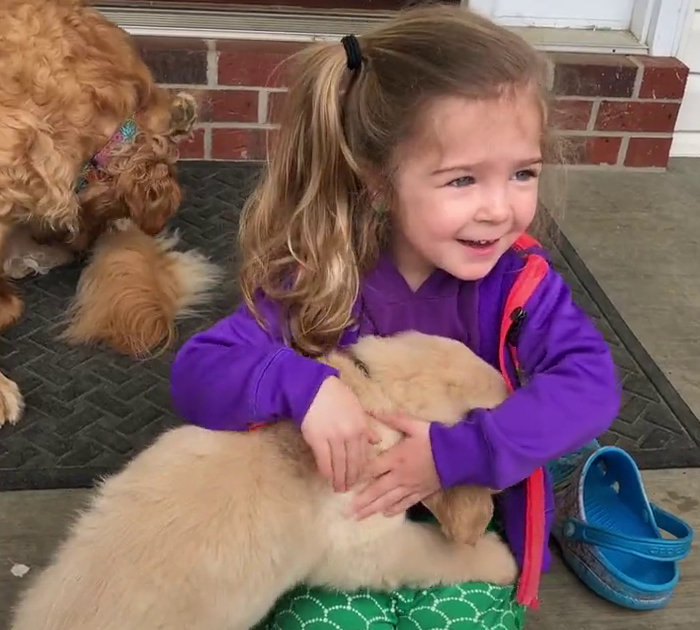 When Autumn started school, Kody would wait for her bus to arrive at the end of the driveway. He would sit patiently and greet her as she went down the bus. But that’s not the only thing he did!

He would grab her backpack and bring it all the way to their house. They also noticed how he would look back and check on Autumn to make sure she could catch up.

And whenever she was the one who was way ahead, trust that Kody would sprint his way to make sure he walked beside his best friend.

Kelly said that this was something they did not teach Kody.

This was something he started doing on his own and, maybe after seeing how delighted they all were with his actions, continued to do so. And he didn’t only do this for Autumn.

He was also helpful around the house and would love to greet anyone who arrived.

Yes, including the delivery guy who learned to trust Kody with their packages. He also welcomes Kelly from her car and carries her purse inside.

Kelly saw how much Kody loved her granddaughter.

It wasn’t only how he would wait for her bus at the end of the driveway nor the way he carried her school bag. It was how gentle he was with her in every way.

INTERESTING STORIES 0 59
The brave man who saved all his life, one day he spent all his

INTERESTING STORIES 0 40
This young woman has been a lover of adventure since childhood. She has always

INTERESTING STORIES 0 52
These two little wonders were born on the same day, and after that day

ANIMALS 0 71
This girl is Cady Walton, she has Kenyan and Asian roots. She looks so

INTERESTING STORIES 0 82
At the end of October, many celebrated Halloween, a party where people dress up

The lovely actress posted stunning photos: she looks like a 20-year-old girl
CELEBRITIES 0 15

Everyone was shocked: Miley Cyrus’ sister walks around Paris in an elegant tight dress
CELEBRITIES 0 26