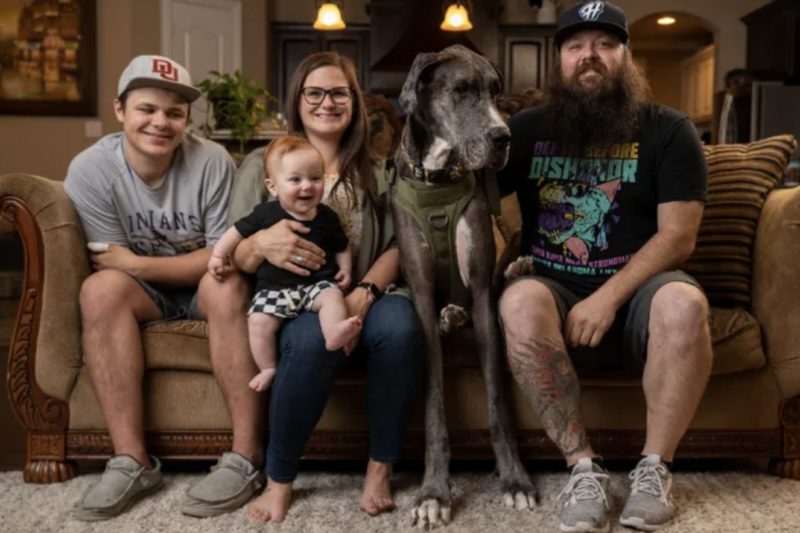 Zeus is a two-year-old American Great Dane that lives with his mother Brittany Davis in Bedford, Texas. 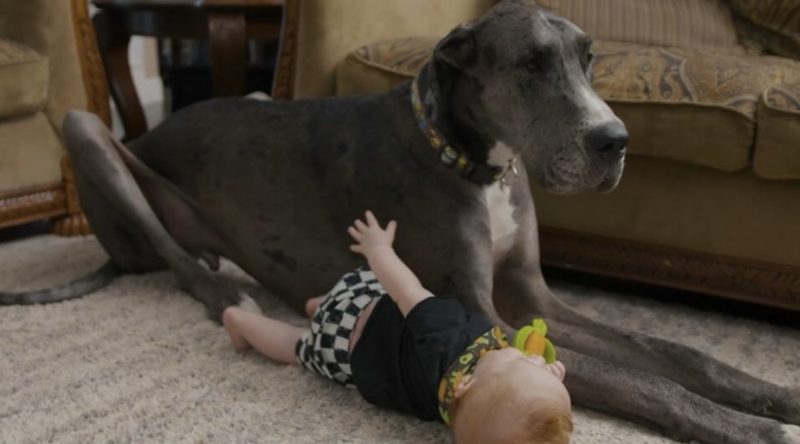 Since he was a puppy, this gentle giant has drawn everyone’s attention as the largest dog in a litter of five. He is now the world’s tallest live male dog, standing 3 feet and 5.18 inches tall.

Not just for Zeus, but also for his adoring owner, the title is a dream come true. Brittany had always desired a Great Dane.

“Even for a puppy, he’s been a big dog since we acquired him,” the young woman told Guinness World Records. “He had enormous paws!”

Although sharing the house with the tallest dog is difficult, Brittany said she has gotten used to it, but he feels more like a person than a dog. Zeus, on the other hand, despite his height of over three feet, is as gentle as a small puppy.

“His water bowl is a sink,” the owner remarked, “and he loves to jump onto the fence and talk to the dogs next door.” “He likes to grab the baby’s pacifier from the counters, and he has full reign over any food left on the counters.” 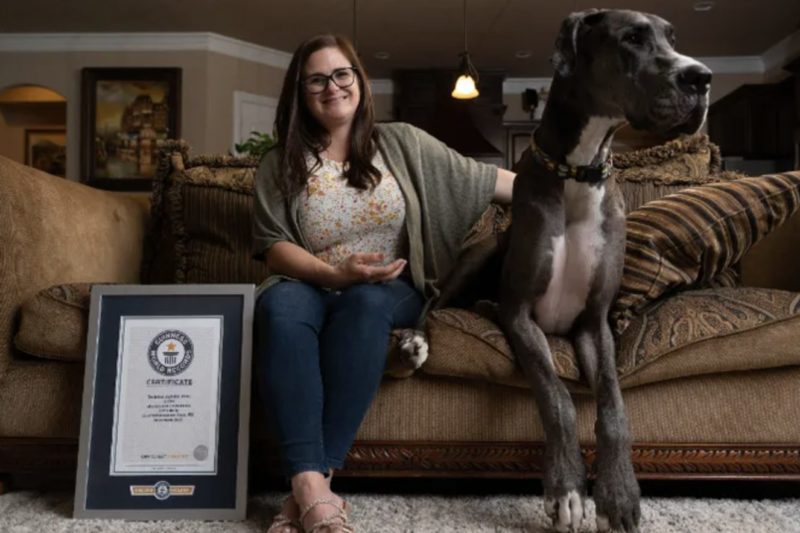 Zeus, on the other hand, is not only gentle, but also very friendly, and he enjoys making friends with everyone, whether humans or other animals.

He lives with three other tiny Australian Shepherds and a kitten named Penelope at home. He also enjoys spending time with Brittany’s newborn baby, who is the newest addition to the family.

ANIMALS 0 43
He also foots the bill for the costs of transporting his four-legged friends.While the

Dog comforts struggling koala by water bowl: The dog seemed to sense the koala was going through a lot, and he wanted to comfort him
ANIMALS 0 32

Grandma rescues baby wombat and now they have the most adorable relationship: A rescue that changed her world
ANIMALS 0 46