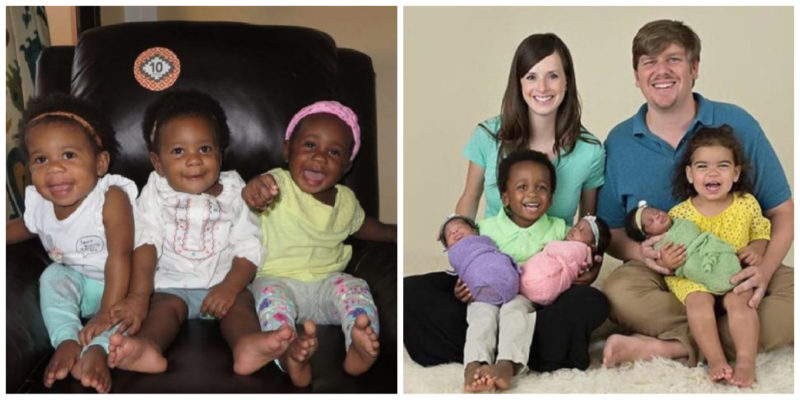 Aaron and Rachel Halbert were unable to have a baby for a long time. So the couple came up with the idea of adopting a baby.

They never judged people by their outward look: the color of their hair or skin, the shape of their eyes. So, the couple, without doubting their decision, adopted two small dark-skinned babies. 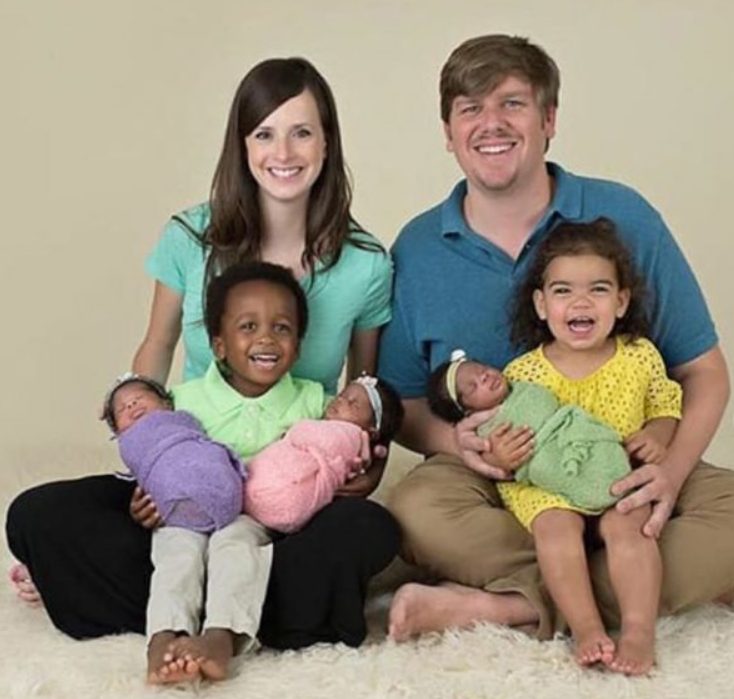 The couple surrounded the children with love and care. Anyway, they faced misunderstood and rude attitudes from others. In spite of this, the couple did not change their point of view on life.

Aaron and Rachel wanted to expand their family and give a brother or sister to their two children. Then they learned that it is possible to adopt an embryo.

They resorted to this procedure without hesitation. Rachel was implanted with two embryos that had been frozen over 15 years ago. They chose the embryos so that the twins that were to be born matched the older children in appearance.

So, during one of the scheduled checkups, it turned out that Rachel was pregnant with triplets. One of the embryos split in two in Rachel’s uterus.

Thus, the couple became the parents of triplets. Now Rachel and Aaron are the cheerful parents of five children. They call their family “worlds in miniature.”