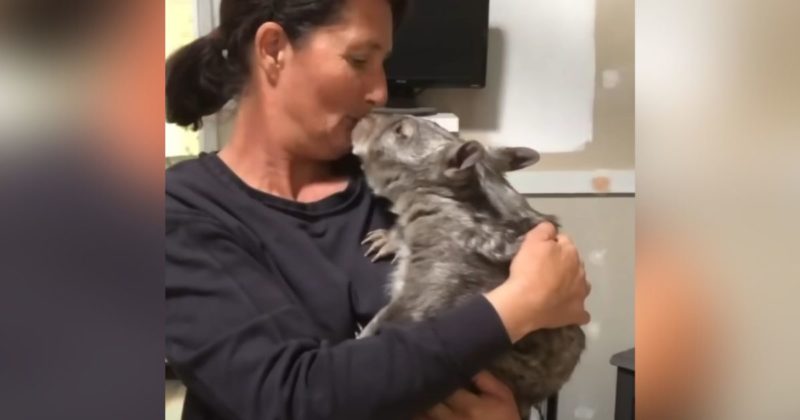 A woman was driving when she saw a wombat get hit by a car. Sadly the mama wombat didn’t make it but the baby in her pouch was alive and moving.

Thanks to the kindness and compassion of a complete stranger, an adorable and wobbly little wombat named Pumpkin has a second chance at life.

Tash spied a wombat that had been run over on a road in South Australia. She pulled over and checked, but there was no hope for the mom.

But when she peeked into the mom’s pouch, she found an orphaned baby wombat. Tash named the baby Pumpkin and took her home. 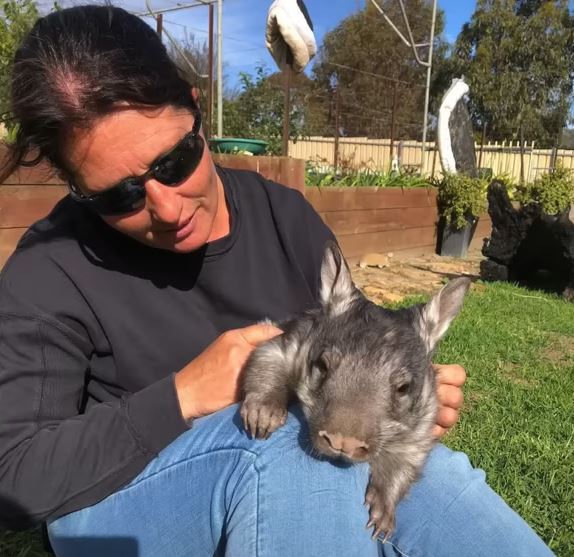 Thankfully, Tash lived on a farm and had experience caring for lambs, which carried over to saving Pumpkin’s life.

Pumpkin thrived in Tash’s care but soon became a little too destructive for Tash, so she forlornly took her to Two Songs Sanctuary where she knew the wee wombat would not just survive but thrive.

Linda and Bronte run the sanctuary. 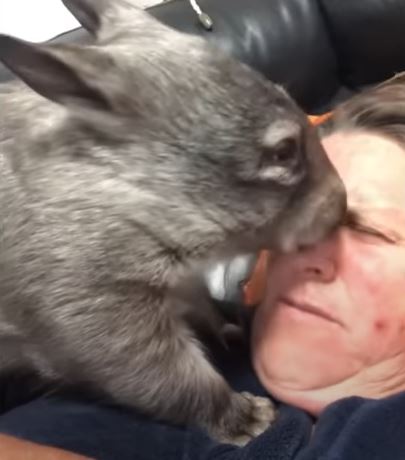 At last count, the sanctuary cared for 27 kangaroos, eight wombats, two ponies, and a couple of dogs.

Linda, a mom and grandma, thoroughly enjoys surrounding herself with the adorable animals.

All of the creatures are brought to Linda and Bronte by good Samaritans who rescued them from an emergency situation. Pumpkin is no different.

ANIMALS 0 27
. Sure, they have families too, they feed, and find shelter from the harsh

ANIMALS 0 144
The same thing goes for animals and more so with endangered or extinct species.

ANIMALS 0 36
In the early morning and late evenings, Jade serves as a loyal dog to

Proud gorilla mom shows off newbord and then gives it a kiss: Believe it or not, animals are way more similar to us humans than you think
ANIMALS 0 27

Endangered baby monkey melts 24M hearts with adorable ‘cuddles’ during first bath: This is so precious to watch
ANIMALS 0 144