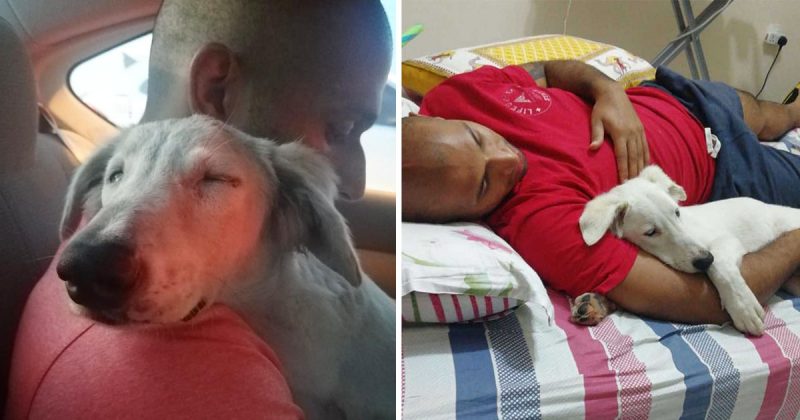 Anand Raman was on his way to see his sister on a hot day in Dubai, when he came across a dirty-looking young dog desperately looking for some shade under the parked cars in the office where his sister works. The scene touched the heart of Anand who brought him home.

Something very particular happened when the dog saw Anand; the exhausted animal came running up to the man as one who sees a long-lost friend. 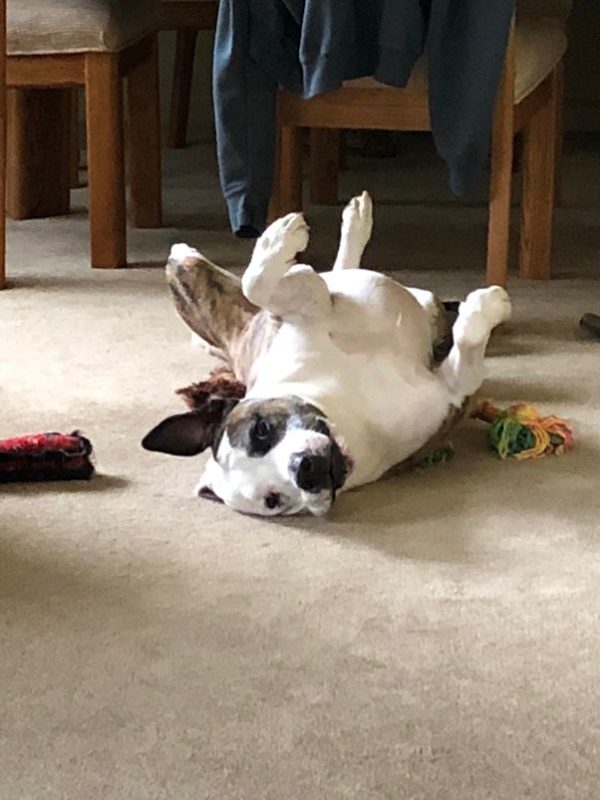 Anand did not imagine that that day would save a life and less that it would end with a dog, but the happy look of the animal captivated him, and when the dog fell asleep on his shoulder he could not be more moved.Anand told The Dodo :

“He was under a car eating leftovers that some of his workers had left him. His fur was matted and his legs weren’t quite right.

“He approached me with a curious but excited disposition, wagging his tail with enthusiasm. This behavior of his is what initially made me fall in love with him.

Then we sat there for a while on the sidewalk and he was content to receive my caresses for a while. I took him to the car and he immediately fell asleep on my shoulder. 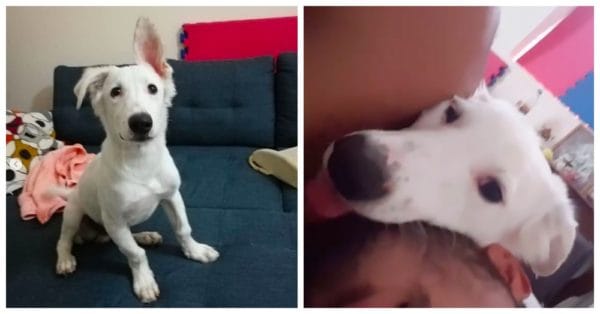 Anand immediately went to the vet with the help of his sister and brother-in-law, while at the clinic they discovered the reason why the dog was constantly reeling; it had rickets in its front legs, this due to severe malnutrition. Fortunately, it was treatable and would have no long-term effects.

“He was exhausted when I first grabbed him, so he fell asleep right away on the car ride to the hospital. I was surprised to find that his fur was actually pure white after all the dirt and grime came off his body.Anand named the dog Snowy because of his white fur, it was a slow process to make him understand that he was finally safe, after all the time the dog spent surviving on the streets.

At first when he was at home he would sit in a corner, still not understanding that he finally had a loving home.

Whenever Anand took him out for a walk, Snowy seemed terrified to be back on the streets, and it took a while for him to understand that such a thing would never happen now.

ANIMALS 0 144
The same thing goes for animals and more so with endangered or extinct species.

ANIMALS 0 36
In the early morning and late evenings, Jade serves as a loyal dog to

Proud gorilla mom shows off newbord and then gives it a kiss: Believe it or not, animals are way more similar to us humans than you think
ANIMALS 0 27

Endangered baby monkey melts 24M hearts with adorable ‘cuddles’ during first bath: This is so precious to watch
ANIMALS 0 144

The 1-year-old encourages the little dog to climb the stairs, wonderful moments between them
ANIMALS 0 63